Why Smart Cities still aren’t working for us after 20 years. And how we can fix them. 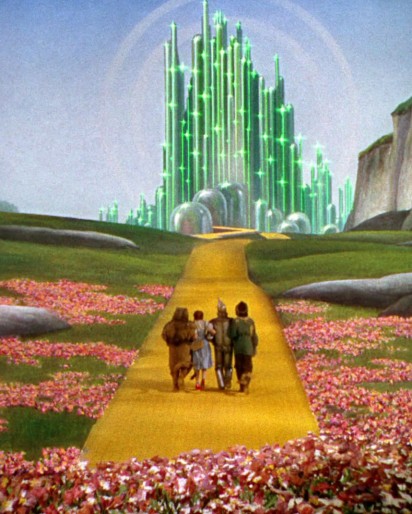 (The futuristic “Emerald City” in the 1939 film “The Wizard of Oz“. The “wizard” who controls the city is a fraud who uses theatrical technology to disguise his lack of real power.)

(I was recently asked to give evidence to the United Nations Commission on Science and Technology for Development during the development of their report on Smart Cities and Infrastructure. This article is based on my presentation, which you can find here).

The idea of a “Smart City” (or town, or region, or community) is 20 years old now; but despite some high profile projects and a lot of attention, it has so far achieved relatively little.

The goal of a Smart City is to invest in technology in order to create economic, social and environmental improvements. That is an economic and political challenge, not a technology trend; and it is an imperative challenge because of the nature…

This entry was posted on Tuesday, 2 February 2016 by Jorge Carrillo in Politics and rights.

Forum for thinking and action in international development

A Critical Perspective On Development Economics

Development Matters is a platform for discussions on development opportunities and challenges.

the city inside out

A blog on gender, citizenship and urban life

Posts are by authors of papers published in the RWER. Anyone may comment.

Another WORD is Possible

Under The Ropes
Thinking and Working Politically
According...to Law

News about the journal, new articles, free downloads and more